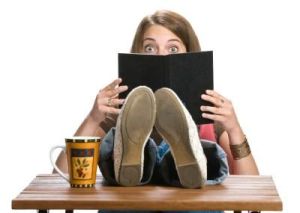 Authors write for many reasons, but one big reason (presumably) is because we want others to read our novels, stories, poems, or essays.

The publishing world has changed significantly since the days when I was first writing. Back then (and at the risk of aging myself, we’re talking about the first half of the 1990’s, LOL) there was one path to having your work available to readers: traditional publishers. They were the gatekeepers, the “golden ticket” to a tangible, beautiful book on a shelf, distribution, and ultimately, readers.

The publisher handled things like galleys, and securing reviews from reputable reviewers who would then print those reviews in publications or later, online, to entice (provided the review was good), readers to give the story a try.

I’ve had my share of great (and a few not so great) reviews. Several of my books won or placed as a finalist for national awards like Reviewer’s International Organization or the Romance Writer’s of America RITA Award (Secret Vows), or major publications like RT Book Reviews (For “Best Medieval-Set Historical” and/or “Best Historical K.I.S.S. Hero”:The Crimson Lady, The Sweetest Sin, Beyond Temptation, Sinful Pleasures). My last published novel, The Templar’s Seduction, was favorably reviewed by some major publications like Publisher’s Weekly.

But the game of reviews has changed entirely, now that I’m moving forward on my own. I’m technically still a hybrid author (the phrase coined by Bob Mayer back in 2011), in that several of my books are still being published by HarperCollins; however, with the shift into a new genre and after a seven year hiatus wherein I didn’t put out any new books, the landscape has changed. 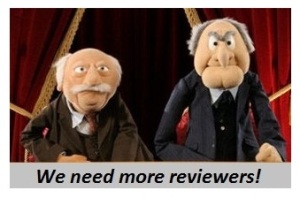 I’m actively seeking reputable reviewers/venues to review my upcoming book. In about three weeks, I will have printed galleys available to send, even, if that is preferred over digital copies.

But of course being one of literally thousands of self-publishing authors in today’s book and reading landscape changes things. I liken it to several thousand people standing in a field, waving flags and calling out, “Look at Me!” “Pick me!”

That’s what reviewers (and ultimately readers) have to choose from.

How can they tell what books are well-written, well-researched, professionally edited and copy-edited, with care and professionalism?

And therein lies the problem.

photo courtesy of the brainybookblog.com

In today’s publishing landscape, it’s exciting and open and anyone with a great idea can write their book and put it out there. The gatekeepers are gone. But it leaves an abundance of material from which reviewers and readers must choose, and the ringing question becomes, how to on one’s own accomplish what the gatekeeper’s used to do: secure at least a read from reputable reviewers. Of course there is no guarantee the work will get a positive review…but one will never know if one’s book never even makes it onto a reviewer’s desk.

So, what do you think? For readers (who may or may not also be writers), how important are reviews for noticing a book you might want to read? Do you have other tried-and-tried methods of finding books to try?

For writers, how do you handle the business of reviews? Do you actively seek them out, or just wait until after your book comes out for your everyday reader reviews to come in on amazon and the like?

10 thoughts on “How Important Are Reviews?”